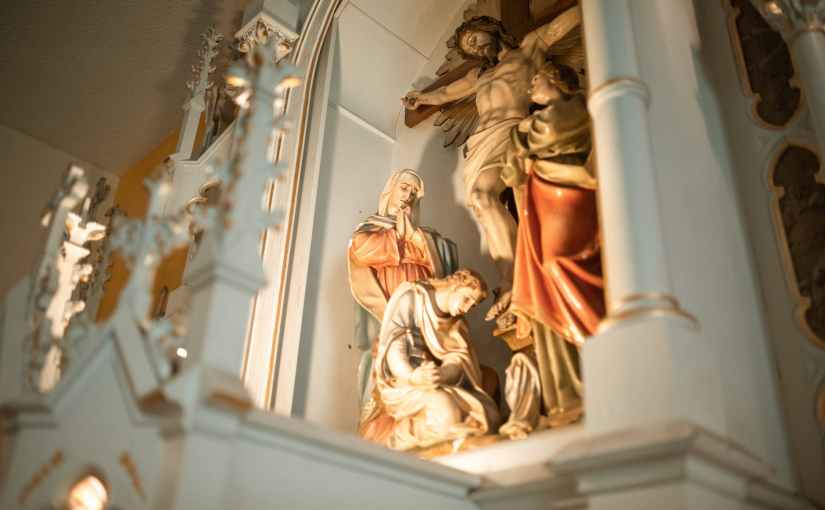 When Peter entered, Cornelius met him
and, falling at his feet, paid him homage.
Peter, however, raised him up, saying,
“Get up. I myself am also a human being.”

Then Peter proceeded to speak and said,
“In truth, I see that God shows no partiality.
Rather, in every nation whoever fears him and acts uprightly
is acceptable to him.”

While Peter was still speaking these things,
the Holy Spirit fell upon all who were listening to the word.
The circumcised believers who had accompanied Peter
were astounded that the gift of the Holy Spirit
should have been poured out on the Gentiles also,
for they could hear them speaking in tongues and glorifying God.
Then Peter responded,
“Can anyone withhold the water for baptizing these people,
who have received the Holy Spirit even as we have?”
He ordered them to be baptized in the name of Jesus Christ.

Beloved, let us love one another,
because love is of God;
everyone who loves is begotten by God and knows God.
Whoever is without love does not know God, for God is love.
In this way the love of God was revealed to us:
God sent his only Son into the world
so that we might have life through him.
In this is love:
not that we have loved God, but that he loved us
and sent his Son as expiation for our sins.

“I have told you this so that my joy may be in you
and your joy might be complete.
This is my commandment: love one another as I love you.
No one has greater love than this,
to lay down one’s life for one’s friends.
You are my friends if you do what I command you.
I no longer call you slaves,
because a slave does not know what his master is doing.
I have called you friends,
because I have told you everything I have heard from my Father.
It was not you who chose me, but I who chose you
and appointed you to go and bear fruit that will remain,
so that whatever you ask the Father in my name he may give you.
This I command you: love one another.” 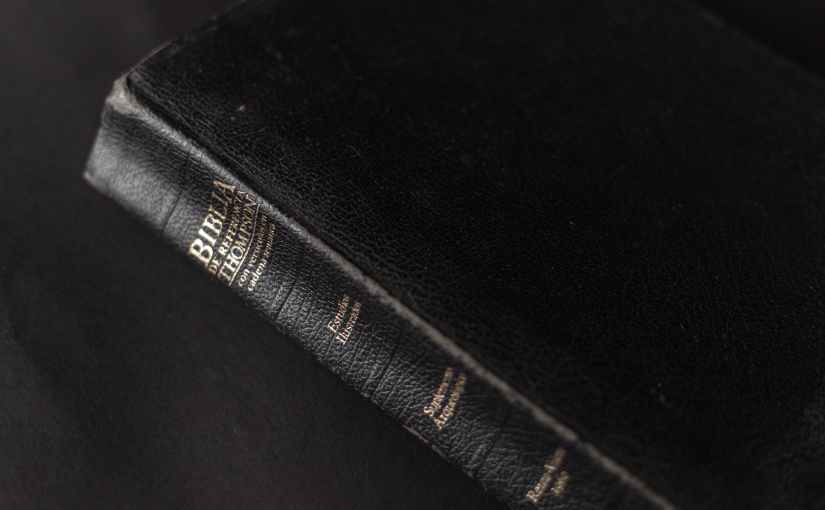 Peter, filled with the Holy Spirit, said:
“Leaders of the people and elders:
If we are being examined today
about a good deed done to a cripple,
namely, by what means he was saved,
then all of you and all the people of Israel should know
that it was in the name of Jesus Christ the Nazorean
whom you crucified, whom God raised from the dead;
in his name this man stands before you healed.
He is the stone rejected by you, the builders,
which has become the cornerstone.
There is no salvation through anyone else,
nor is there any other name under heaven
given to the human race by which we are to be saved.”

Beloved:
See what love the Father has bestowed on us
that we may be called the children of God.
Yet so we are.
The reason the world does not know us
is that it did not know him.
Beloved, we are God’s children now;
what we shall be has not yet been revealed.
We do know that when it is revealed we shall be like him,
for we shall see him as he is.

Jesus said:
“I am the good shepherd.
A good shepherd lays down his life for the sheep.
A hired man, who is not a shepherd
and whose sheep are not his own,
sees a wolf coming and leaves the sheep and runs away,
and the wolf catches and scatters them.
This is because he works for pay and has no concern for the sheep.
I am the good shepherd,
and I know mine and mine know me,
just as the Father knows me and I know the Father;
and I will lay down my life for the sheep.
I have other sheep that do not belong to this fold.
These also I must lead, and they will hear my voice,
and there will be one flock, one shepherd.
This is why the Father loves me,
because I lay down my life in order to take it up again.
No one takes it from me, but I lay it down on my own.
I have power to lay it down, and power to take it up again.
This command I have received from my Father.”